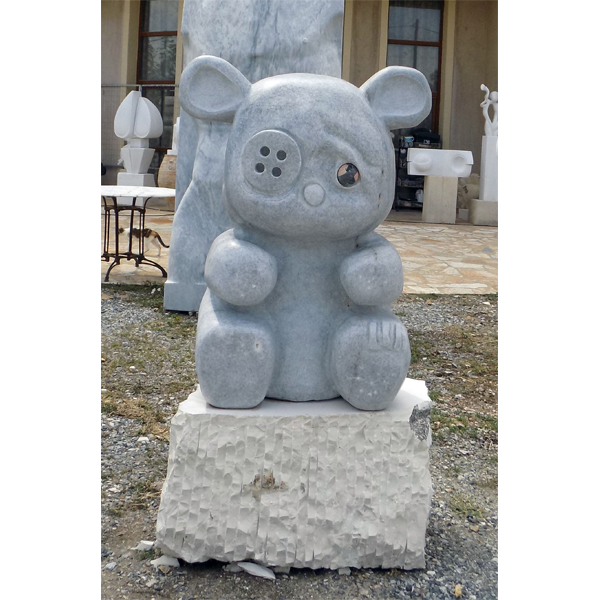 Givi Michailidis was born in Tbilisi of Georgia in 1987 and has shown his works in 11 festivals and group exhibitions in Thessaloniki, Florina, Athens, Kozani, and Prespes, and in a solo show. He has been working with the Greek Marble Initiative since 2014, at first as a Guest Artist, to turn into full membership by 2015.

He has graduated from the School of Fine & Applied Arts of the University of Western Macedonia situated in Florina. He is holding a degree of Sculpture under the known Greek sculptor Prof. Hector Papadakis. He has been producing works made of plastic, polymer, acrylics, which he formed into organic-like matter, skins, and other parts of animals, presenting forms with dislocated limbs, in a series of sculptures under the title “Phenotype experiments”, as well as series of drawings and sketches, with an obvious penchant for the biologically macabre profoundly influenced by Lovecraftian horror and Poe's atmosphere. The focus of his artistic discourse discusses the corrupt and insatiable thirst for material and non-material goods, that has penetrated so much in our daily lives, which completely appalling presented as perfectly normal, without even a trace of disgust caused.