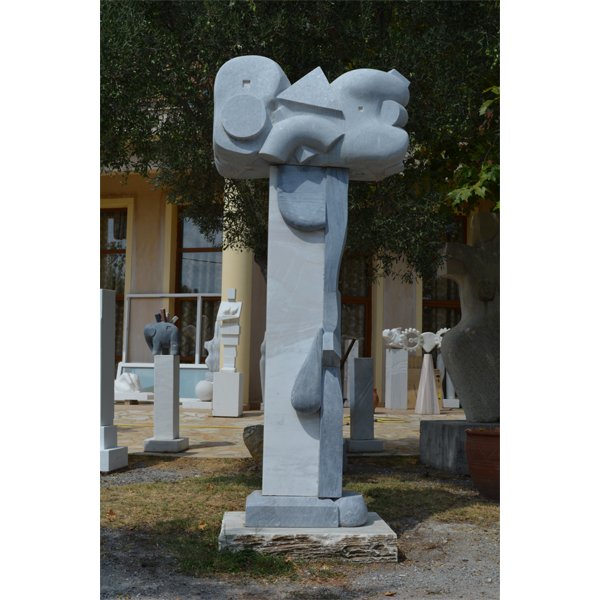 Giorgie Cpajak born in Yugoslavia in 1961 and is a world renowned sculptor in marble and stone. He graduated from the Higher School of Design and Arts of Split of Yugoslavia, and in 1989 received a Master of Fine Arts from the University of Belgrade. Since 1990 he is a visiting professor of the Academy of Fine Arts in Stockholm in Sweden, where he teaches contemporary sculpture in stone. In 1989 he moved and lives permanently in Pietrasanta, Italy. His works can be museums around the world in leading collections and he has won awards in many countries for his work. Selected collections and awards would include the Museum Toyamura Japan (acquired his work in 2001), the first prize of the International Sculpture Symposium in Verona (Italy, 2000), the acquisition of the first prize for sculpture in 1999 at the International Symposium of Taiwan the second international prize sculpture to mark his work at the Biennale sculpture Toyamura of Japan (1997), 1st Prize of the International Sculpture Biennale of Contemporary Art in Yugoslavia. Monumental works exist in France, Italy, South Korea, China, Taiwan, Japan and Lebanon, and has participated in over 30 international symposia. His works have been exhibited in over 40 galleries and museums around the world over the last 25 years.